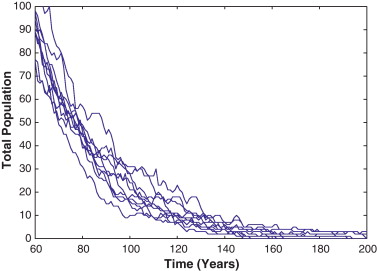 Scientists have noticed a slight decrease in the number of whales since 2009. Since most whales migrate from their warm coastal areas to the colder waters of the Arctic, it’s possible that this phenomenon is a temporary fluctuation caused by various environmental conditions. There are also several theories circulating around the World Wide Web speculating on why whales are in decline, with some experts claiming it’s due to over-exploitation while others believe it’s because there aren’t enough fish in certain parts of the world.

Whales have been a vital part of the ecosystem for millions of years, and they’ve been closely linked with the earth’s climate. Because whales are bottom-dwelling creatures, they depend on other species, like fish, to survive. It stands to reason that if the number of whales in the area decreases, the fish population will as well. This will eventually lead to an imbalance in the ecosystem’s the whales and other forms of marine life depend on.

With all this in mind, it’s important to not only understand why whales are disappearing from certain areas of the world but what we can do in order to save the whales. First of all, it’s important to stop using whale products that promote harvesting or killing, as these activities could be directly hurting the whale’s population. If you want to help the whales live a longer and healthier life, it’s important to stop buying products that encourage the removal of whales. The Endangered Species Act, which was enacted in 1970, has helped to protect certain whale species. However, without these protections, we can expect that within the next few years, the whale populations will start to disappear.https://www.youtube.com/embed/gNQpk0m0JPk