Whales are magnificent animals, treasures in the ocean deeps around the globe. They contribute significantly to the ecological balance of marine predators and prey, and provide stunning insights into wildlife, both modern and prehistoric. However, they face many threats, the vast majority of which are presented by human beings. Some of these threats are intentional, but others are a knock-on effect from another form of interference.

These threats include collisions with ships, pollution and hunting, amongst others. 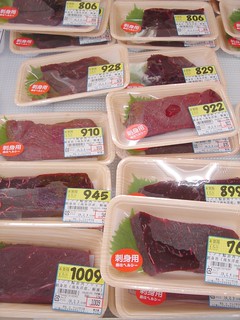 Ship Collisions
Out of all human-related deaths of the Northern Right Whales, about 90% occur by collision with a ship or similar vessel. The whales that are close to the surface cannot always be seen from the ship. If they are visible, it is often too late to try to change the ship’s course. Sadly, the impact does not always kill the whale immediately, leaving it to die a painful death. Improved detection equipment is one way in which ships can prevent these accidents from occurring. In addition, vessels could be prevented from entering waters in which pods of whales are known to be at a particular time.

By-Catch
One of the major problems facing whales today is the fishing industry and its catching methods. All too often, nets are released into the water with the main aim of catching fish. However, these nets are not discriminatory, and will trap anything that comes into their grasp. This often includes dolphins, whales, sharks, turtles and seals. Whales and dolphins are mammals, and require fresh air to breathe and survive. Sadly, once they are caught within the grip of the nets, they are entangled, unable to rise to the surface for air. Panicked and exhausted, they soon suffocate and die. Because this is a major threat to the species, the fishing industry in certain areas has been known to falsify the number of whales caught as a means of protecting their fishing rights.

Steel engraving of Bowhead Whales dead at the beach from 1851.

The problem of pollution has plagued mankind for decades, as we continue to use the earth’s natural resources as a dumping site. Greenhouse gases, dumping of toxic waste and the spread of poisonous materials through water, wind and currents have all contributed to the release of damaging substances into the waters of the world. These poison the animals that have to live in the watery environments. Sometimes, this happens quickly and with mass effect, killing large populations of marine animals at once. At other times, though, the effect is more insidious; lowering the immunity of the animals and causing slow-acting diseases.

Noise Pollution
Noise pollution is a very big threat to the survival of whales and dolphins. This is because they rely so heavily on sound in order to find their way, locate food and detect danger. Noise pollution is produced by shipping, scientific and military industries that use loud, jarring noises in their own ocean-based activities (such as shipping traffic, exploring for gas and oil, and the use of sonar and similar communication equipment). The noises associated with these activities interfere with the sonar and communication that the whales use. Some whales use sound to detect and shock their prey, to woo potential mates and to communicate with one another. Interference negates their ability to do this. Very loud noises can also damage the hearing of the whales, even causing internal haemorrhage and, eventually, death.

Hunting has threatened whales for centuries, as they are in high demand for their meat, blubber and hide. During the late 19th century and early 20th century, many species (especially the curious ones that would approach vessels more readily) were almost wiped out due to hunting. Their products were used for lubrication, lamp oil, cosmetics and food. Today, whale hunting is banned in many places in the world, but continues to be a major problem (whether legally or illegally).

Some of the most endangered whale species (for these various reasons) are: